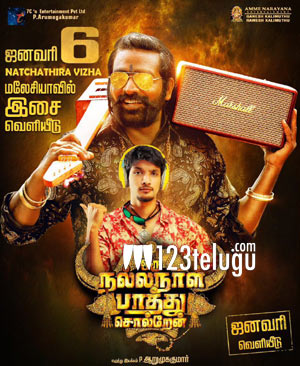 The latest update is that Oru Nalla Naal Paathu Solren’s audio album will be released during the Nadigar Sangam star night in Malaysia on January 6. The who’s who of Tamil film industry will be present at the audio launch.

Young filmmaker Arumuga Kumar is the director of Oru Nalla Naal Paathu Solren and Ganesh Kalimuthu, Ramesh Kalimuthu and Arumugakumar are the producers.