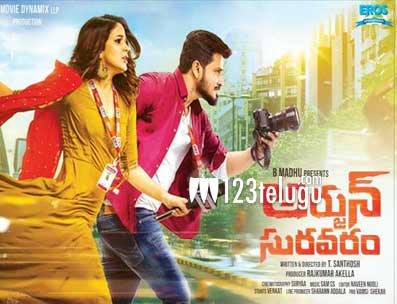 Not many gave Nikhil’s Arjun Suravaram a chance at the box office as the film was delayed for over 6 months straight. Finally, when it released, the audience lapped it up with both hands and made it a hit.

The trade now reveals that the film has made 3.7 crores share in Nizam beating Nikhil’s previous hit Ekkadiki Potavu Chinnavada which made 3.5 crores.

The film was distributed by Sunil Narang of Asian Cinemas and he has made good money as he bought the rights for just 2.5 crores. This proves that Nikhil still has a good following in Nizam.

Arjun Suravaram was directed by Santosh and had Lavanya Tripathi as the female lead. The film was based on the scam of fake certificates.