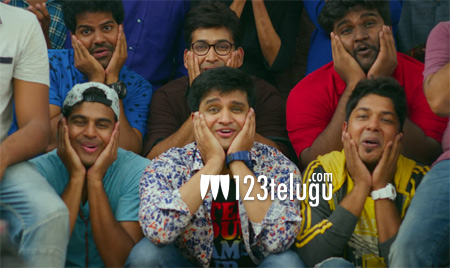 After acting in thrillers like Ekkadiki Pothaavu Chinnavada and Keshava, Nikhil has shifted gears to do a fun-filled entertainer with Kiraak Party. While the film’s posters have already given a glimpse of the film, the trailer, which was unveiled today, has made it quite evident that Kiraak Party is going to live up to the expectations of being a thorough entertainer.

Going by the trailer, Nikhil has played a role which has two shades. While one part of the trailer brings back memories of Happy Days and all the things that students indulge in, Nikhil will also be seen in a massy avatar in another segment of the story. The film is a remake of a superhit Kannada film Kirrik Party, and the Telugu version has been directed by Sharan.

Anil Sunkara has produced the film and it’s expected to hit the screens soon.