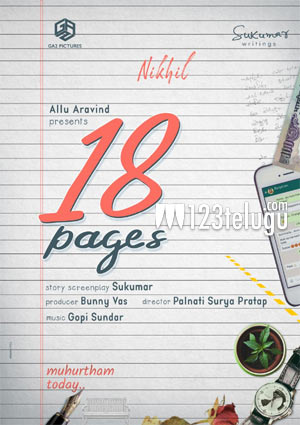 Hero Nikhil’s latest film, 18 Pages, was launched a few weeks ago. Surya Pratap, the director of Kumari 21F, will helm this project, which will be jointly produced by Sukumar Writings and GA2 Movies banners.

Now, the interesting buzz that has been doing the rounds reveals that Nikhil’s character in 18 Pages will suffer from short-term memory loss. Interestingly, Nani’s character in his 2015 hit comedy entertainer, Bhale Bhale Magadivoi, too suffered from the same challenge.

We will have to wait until the film hits screens later this year to know the actual story. Stay tuned for further updates.