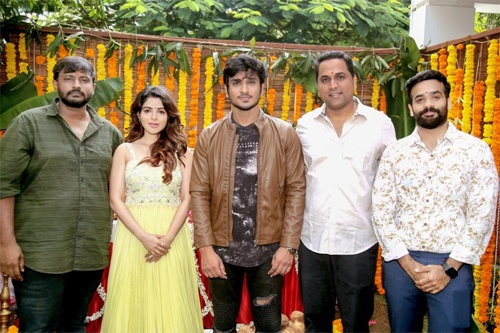 Hero Nikhil’s new film was launched yesterday in Hyderabad. Young film editor Garry BH is making his debut as a director with this film and K Raja Shekhar Reddy is bankrolling this project under Red Cinemas banner. Malayali beauty Iswarya Menon has been roped in as the leading lady in this as-yet-untitled film.

The makers revealed that the film will be a spy thriller and is loaded with action-packed entertainment. Nikhil will be playing a spy for the first time in his career and he is quite thrilled about the project. The film’s regular shoot also commences from today in Hyderabad. Sricharan Pakala is composing the soundtracks for the film. Charan Tej is the CEO at Red Cinemas.