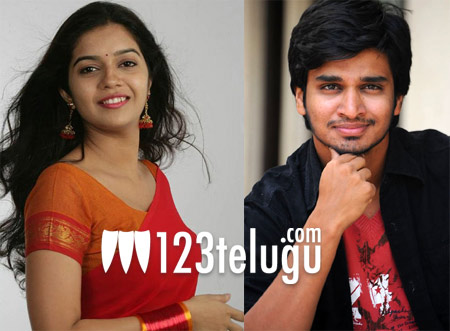 Young hero Nikhil and our very own colors Swati, will be seen together in an upcoming film titled Swamy Raara. This film is all set to go on floors from this July 16th in Hyderabad. Swamy Raara is brought to you by Lakshmi Narsimha Entertainments which made Nikhil’s last film Veedutheda. Speaking on this occasion producer Chakravarthy said that the film would be made on a huge scale and will be shot in exclusive locations of Kerala and Tamil Nadu. Sudheer Varma is being introduced as director with this film. Swamy Raara also stars Raghu Babu, Jeeva and Raja Ravindra in other major roles.