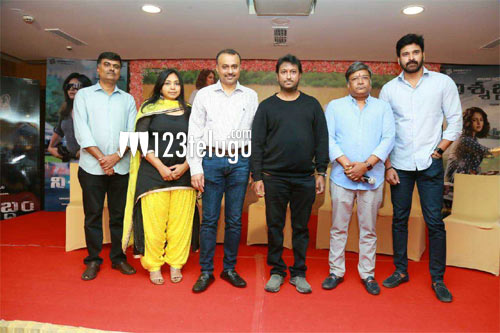 The makers of star heroine, Anushka’s Nishabdam met the press today and revealed the release date of Jan 31st officially.

Speaking at the occasion, director Hemanth Madhukar revealed that the film has come out quite well and Anushka has worked very hard on the film.

He also revealed how she spent close to three months to learn the sign language as she plays a mute in the film which also has Madhavan in a lead role.

The film is being produced by Kona Venkat and he said that this film will be high on technical aspects and will be a trend-setting film in Telugu.