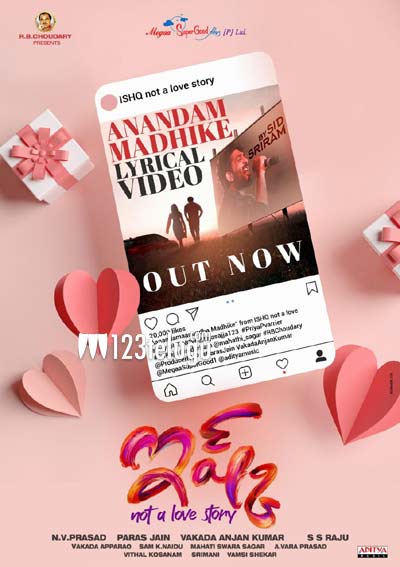 Anandam Madike has been penned by noted lyricist Shreemani and composed by Mahathi Swara Sagar. The film is an official remake of the acclaimed Malayalam romantic drama, Ishq. Being directed by debutant SS Raju, the film is being produced by NV Prasad, Paras Jain and Vakada Anjan Kumar under Megaa Supergood Films banner.