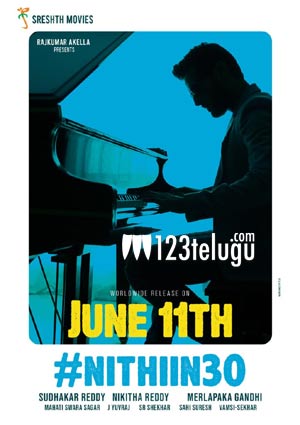 It’s well known that popular stars Nithiin, Tamannaah and Nabha Natesh are acting in the Telugu remake of the National award-winning Bollywood thriller, Andhadhun. While Nithiin is reprising Ayushmann Khurrana’s role from the original, Tamannaah and Nabha are essaying Tabu and Radhika Apte respectively. The film marks Nithiin’s 30th project in his career.

Now, the makers of this exciting remake have just announced that this as-yet-untitled film will be releasing on June 11. The film is being directed by Merlapaka Gandhi and produced by Nithiin’s father Sudhakar Reddy under Sreshth Movies banner. The film’s shooting is currently underway in and around Hyderabad. Mahati Swara Sagar is the music composer.