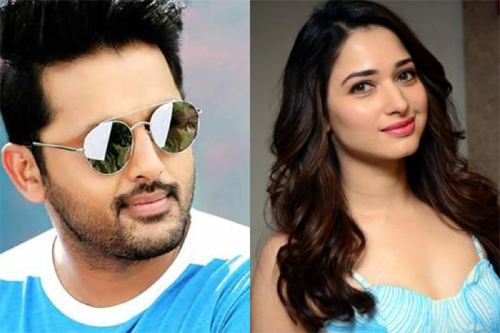 Nithiin, Tamannaah and Nabha Natesh-starrer upcoming film, Maestro, is gearing up for its direct OTT release on Disney Hotstar in August. An official remake of the acclaimed Bollywood thriller, Andhadhun, Maestro had wrapped up its shoot a couple of weeks ago and even the musical promotions have begun.

According to the latest updates, Maestro’s team is currently shooting a promotional song featuring Nithiin and Tamannaah. The shooting is currently underway at Ramoji Film City and it will be wrapped up in 2 more days. The team is gearing up to launch a few more songs and the teaser trailer in the coming days.