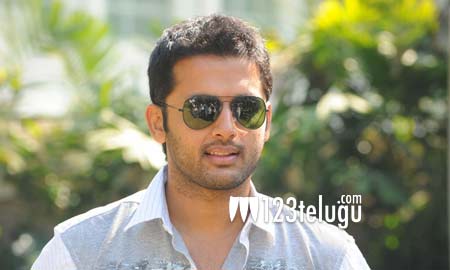 Young hero Nithin, is one actor who has been on a roller coaster ride. After giving a string of hits, his career is on a bit low these days. The star hero has pinned all his hopes on A..Aa and is expecting that the film will do wonders for his career.

The buzz for the film is huge and reports suggest that Nithin has done a wonderful job and will showcase some superb acting abilities in the film. Be it the emotional scenes or romantic confrontations, Trivikram has etched out a beautiful role for Nithin and the young actor is set to impress one and all.

Set for a massive release on June 2nd, A..Aa has Samantha as the female lead and Mickey J Meyer is the music director.