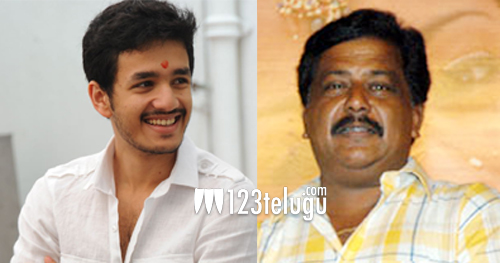 Sometime back we had reported that V V Vinayak will be directing Akhil’s debut film. Latest update on this project is that Nithin’s father and noted distributor, Sudharkar Reddy might produce this flick. Though an official confirmation is yet to be received, he is almost confirm for this project.

Pre-production activities have started in full swing, and the project will be officially announced soon. Akhil’s debut has become the talk of the town for quite some time now. There were several names that were making the rounds but V V Vinyak has been handed over the responsibility.