Nithya’s striking resemblances to Jayalalithaa in The Iron Lady’s first look
Published on Dec 5, 2018 10:15 am IST 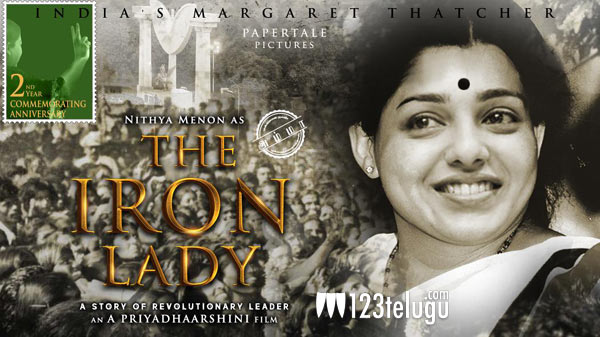 It’s been reported already that a biopic on the life and legacy of yesteryear heroine and former Chief Minister of Tamil Nadu J Jayalalithaa was in the making. Titled The Iron Lady, the film has Nithya Menen reprising Jayaa’s role. Priyadhaarshini is directing this much-awaited biopic.