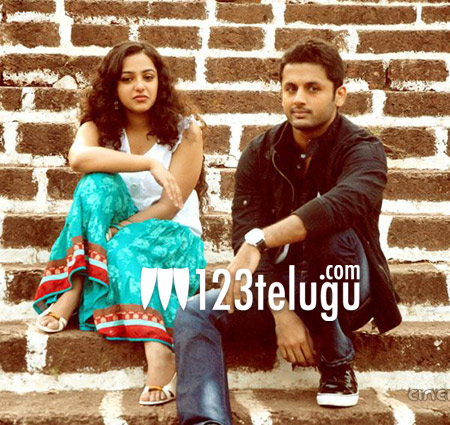 The pair of 2012’s romantic hit ‘Ishq’, Nitin and Nithya Menon, will be seen again in the upcoming film ‘Gunde Jaari Gallanthayyindhe’. The movie is currently being shot in Annapurna Studios. Isha Talwar will be seen as the second heroine in this romantic entertainer.

Several key scenes have already been canned on Nithin and Nithya and we hear that Isha Talwar will join the film unit in mid November. Vijay Kumar Konda is making his debut as a director and Nikitha Reddy is producing the film. Vikram Goud is presenting theproject.

Anoop Rubens is composing the music and Andrew is the cinematographer. Nitin says that he enjoys shooting at Annapoorna Studios and terms it his “favourite shooting spot in Hyderabad”