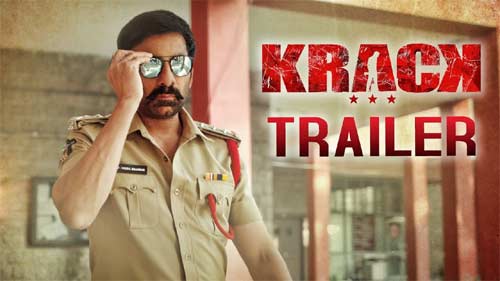 Released yesterday on the New Year, the theatrical trailer for Ravi Teja and Shruti Haasan’s Krack is packing a solid punch on social media. The trailer has so far amassed over 6 million views and continues to trend at number one spot since its launch on YouTube.

The presence of Tamil actors Samuthirakhani and Varalaxmi Sarathkumar adds enough weight to the proceedings. This Gopichand Malineni directorial is being produced by Tagore Madhu. Krack is slated for release on January 9.