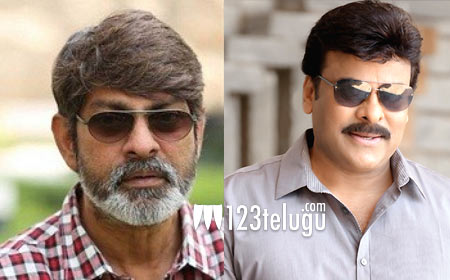 The shooting of mega star Chiranjeevi’s 150th film is going on a brisk pace in Hyderabad. From the past few days, there have been several reports that Jagapathi Babu will be doing the villain’s role in the film.

Latest update from our sources reveal that nothing has been confirmed as of yet and all these reports regarding Jagapathi Babu are just rumours. Devi Sri Prasad composes music for this film and V V Vinayak is the director.

Remake of the Tamil hit Kathi, this film is bankrolled by Ram Charan in association with Lyca Productions.