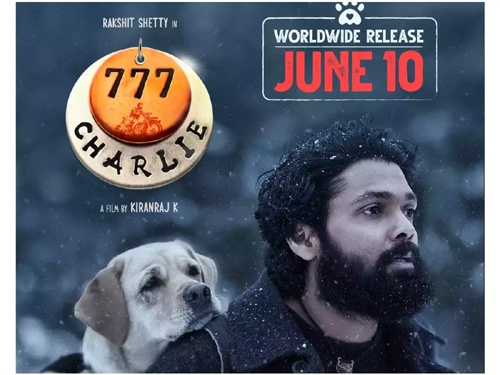 Raskhit Shetty starrer 777 Charlie was a box office blockbuster. It opened to terrific critic reviews and equally good word of mouth. After its successful theatre run, the film is now available on Voot.

Now the film’s director Kiranraj K shared some interesting things about the film in an interview. Initially, the team decided to name the film 666 Charlie, where 666 is the license number of the dog. As the title was already registered by someone else they had to change it to 777 Charlie.

As 7 symbolizes love and friendship the team stuck to this title. The film stars Sangeetha Sringeri, Raj B. Shetty, Danish Sait, and Bobby Simha in other key roles.