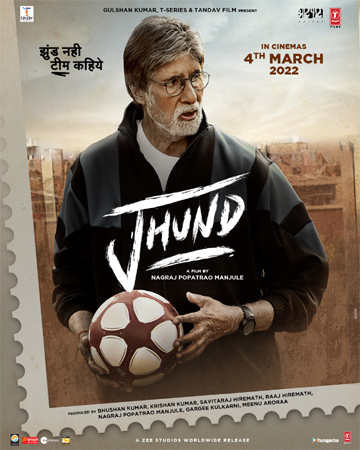 Jhund is a film that has opened to a big screen release today. The film has Amitabh Bachchan in a lead role. But do you know that Big B was not the first choice to play the lead.

The director Nagraj Manjule first approached Aamir Khan to do this part. But Aamir felt that Amitabh would suit this role more and sent the director for narration and the rest is history.

Jhund is based on a real life story of a soccer coach in Pune who formed a team with slum kids and also won an international championship.