Not cardiac arrest, but Sridevi died due to accidental drowning
Published on Feb 26, 2018 5:36 pm IST 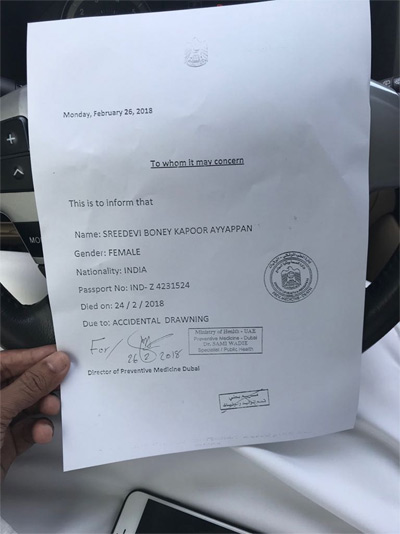 It has been widely reported that legendary actress Sridevi had passed away due to a massive cardiac arrest at the Emirates Towers on late Saturday night. But the autopsy reports that were released this afternoon reveal that the actual reason for Sridevi’s death was accidental drowning in the bathtub. The reports also ruled out cardiac arrest as the primary factor behind Sridevi’a demise.

The post-mortem report further shows that there is no criminal motive found as per the initial investigations. Although it was not mentioned in the reports, a report in a leading Dubai-based English daily said that traces of alcohol were found in Sridevi’s blood samples.

Needless to say, the latest revelations will give further intensify the ongoing speculations over Sridevi’s demise. Meanwhile, the actress’ mortal remains will be flown back to Mumbai in a special jet later tonight. The last rites will reportedly be performed tomorrow. 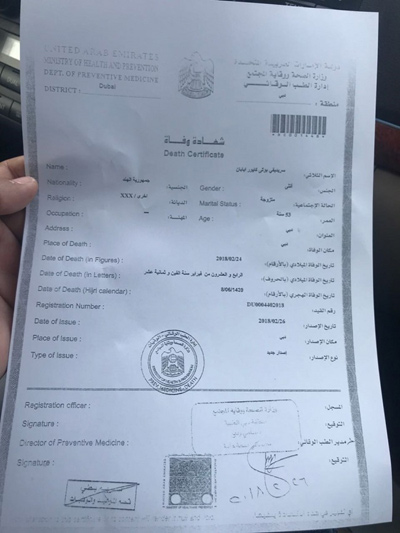