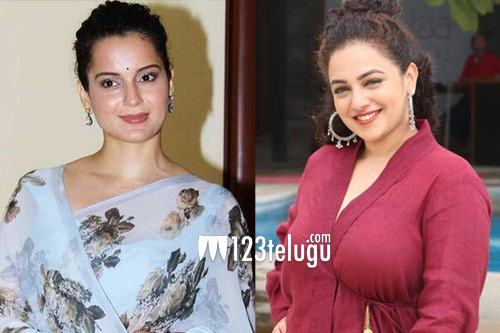 With multiple biopics planned on the life of former CM and actress J Jayalalithaa, including a biopic starring Kangana Ranaut and Nithya Menen respectively, there’s a lot of anticipation about which version is going it to be true and authentic. Already, Jayalalithaa’s niece, Deepa has approached the court alleging that she isn’t sure that AL Vijay’s version of Amma’s biopic, starring Kangana Ranaut, will do justice to Jayalalithaa’s life and legacy.

On the other hand, Nithya Menen, who’s teaming up with filmmaker Priyadarshini for the biopic titled The Iron Lady, says that her version of Jayalalithaa’s story will be quite different from what others are making. “We are not competing with others, including Kangana Ranaut, who are working on Jayalalithaa’s biopic. We don’t want to make this film to meet a deadline. I’m quite confident about what Priyadarshini wants to do and she has access to details and information that others might not know,” Nithya said in a recent interview.

The actress also added that when she saw Jayalalithaa’s interviews, she was quite impressed with her and revealed that she felt an emotional connection with the former CM. “Both of us studied in Bangalore before we got into films. But more than that, I think what connects both of us even more is the way we speak, our mannerisms, and habits, and how we are so particular about several minute things. When I saw her interviews, I think I understood her from an emotional stand point and that’s something we are going to explore in the film as well,” she added. The film is likely to go on floors soon, and the rest of the cast and crew will be revealed soon.