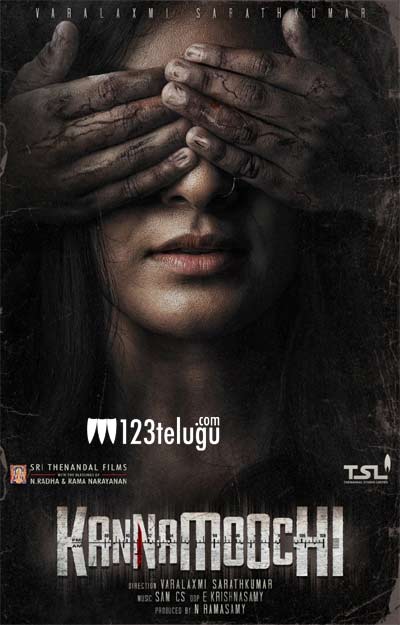 Varalakshmi Sarathkumar is a pretty and talented actress. She is doing some meaningful films in her career and one of them is Kannamoochi, the Tamil thriller.

The first look of the film was announced today and what’s super special is that Varalakshmi is making her debut as a director with this film. This is special news as Varalakshmi never revealed that she had plans to direct films in the past.

The first look is striking with Varalakshmi herself playing the main lead. The film is being produced by Sri Thendal Films and has music by Sam CS. More details of this film will be out soon.