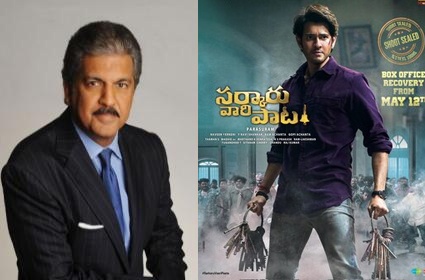 Sarkaru Vaari Paata, starring Mahesh Babu and Keerthy Suresh became a blockbuster movie and is running successfully in theaters. Directed by Parasuram Petla, the movie has made the headlines again.

Famous business tycoon Anand Mahindra, Chairman of Mahindra Group has tweeted about the star hero’s film. It is a known fact that Mahesh Babu used Jawa Maroon bike in the movie. The bike is manufactured by Classic Legends owned by Anand Mahindra.

So, in response to a tweet, Anand Mahindra wrote, “ “How can I miss watching the unbeatable combination of Mahesh Babu and Jawa? I’m in New York & will go out to New Jersey where it’s being screened…”