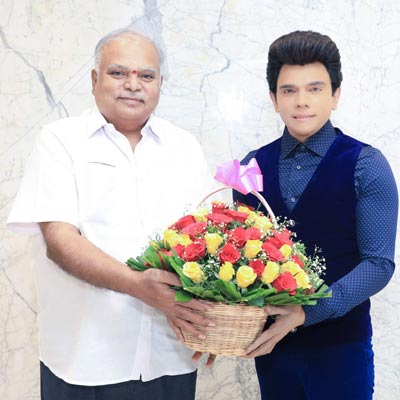 Kollywood actor Legend Saravanan is making his film debut as a hero with the big-budget multilingual Pan-India film ‘The Legend’ which is being produced by the actor himself under the banner of The Legend New Saravana Stores Productions. JD-Jerry is directing the movie, besides penning the story and screenplay of this commercial mass film.

The movie will have a grand release worldwide in Tamil, Telugu, Kannada, Malayalam and Hindi on July 28, 2022. The theatrical rights of the film were acquired by noted personalities in different industries. The latest news is that Tirupathi Prasad of Sri Lakshmi Movies will be releasing the movie in Telugu states. The movie will be released in numerous theaters in AP and TS.

Mumbai model Urvashi Rautela played the leading lady. Noted technicians from all languages are working with Legend Saravanan in The Legend. This is veteran comedian Vivekh’s last movie. Yogi Babu also played a key role in this movie, which has Harris Jayaraj’s music.