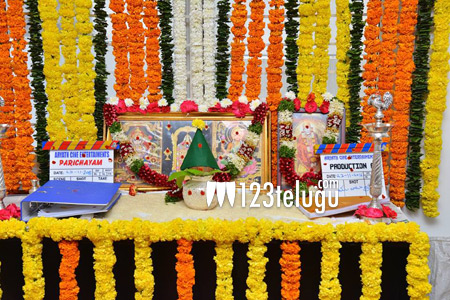 Film presenter Rajasekhar Reddy announced details of these two projects to the media. He said that one film will be directed by Hyderabad Nawabs fame Lakshmikanth Chenna and the other one will be helmed by a debutant Aditya Mandala.

Director Krish and producer Rajiv Reddy attended the opening ceremony along with Smt.Syamala.