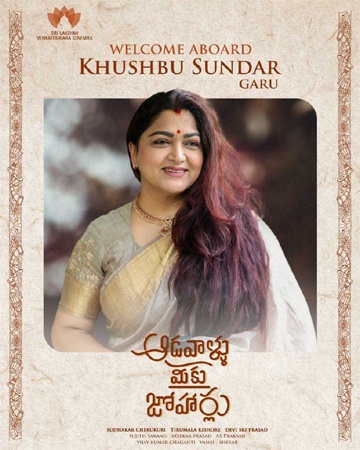 It is a known fact that hero Sharwa is doing a film called Aadollu Meeku Joharlu. The film stars Rashmika as the heroine and is busy with its shoot. Now, the latest update is that noted veteran actresses, Radhika, Khushboo, and Urvashi have been roped in to play pivotal roles in the film.

The three characters are very decisive for the film. Thus, the makers have roped in highly talented actresses. It will be an eye-feast to see the three heroines in very special roles in the very special film from Tirumala Kishore.

The film’s shooting is progressing in Hyderabad and Khushbu, Radhika Sarathkumar, and Urvashi have also joined the team. Yesterday a picture of these three actors having delicious food from Sharwa’s home also went viral. The film is a fun family drama and has many noted actors in key roles. 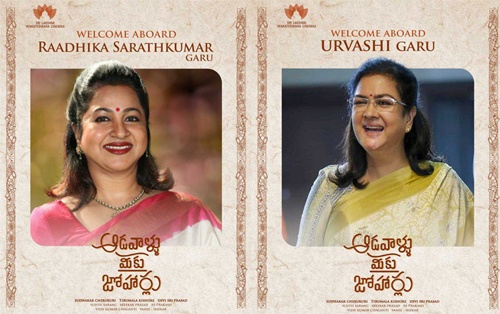