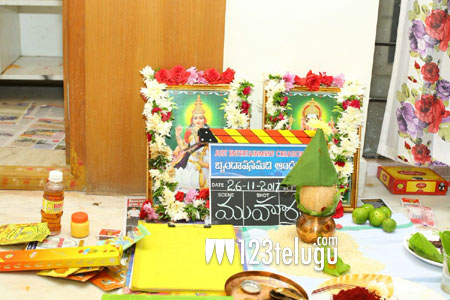 Noted writer Sreedhar Seepana, who had earlier worked for successful films like Loukhyam and Poola Rangadu, is turning director soon. Sreedhar’s directorial debut film has been launched earlier today with a pooja ceremony.

Titled as Brindavanamadi Andaridi, the film is an out an out family entertainer. Popular cinematographer C Ram Prasad and noted comedian Prudhvi graced the opening ceremony and conveyed best wishes to the whole team. More details regarding the cast and crew of the film will be announced soon.