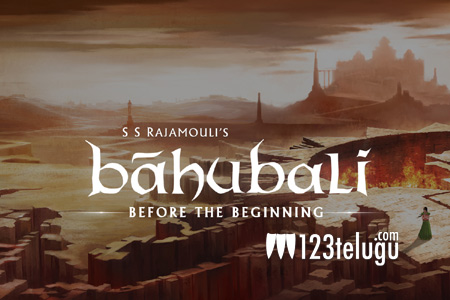 The franchise of SS Rajamouli’s Baahubali is turning out to be bigger and bigger, and apart from the feature films, Arka Mediaworks, the production house behind the epic film, made it clear that they are keen on exploring other mediums like animated series, novels, TV show, comic books among other things.

As part of the plan, earlier this week, a book based on some of the key characters of the film – Sivagami, Kattappa, Bijjaladeva, was unveiled and it turned out to be a big hit with the book lovers. Written by Anand Neelakantan, the book ‘The Rise Of Sivagami’ narrates the story of how Sivagami came to the kingdom of Mahishmathi and how her friendship with Kattappa evolved over the years. The events in the story are set at least 30 years before the story of Baahubali – The Beginning.

Soon after the book was released, on Amazon, it ranked number one in several categories including Action & Adventure, Indian Writing, and Legends, Sagas and Myths. On the whole, the book was ranked at number 7 spot among all the new releases this week.