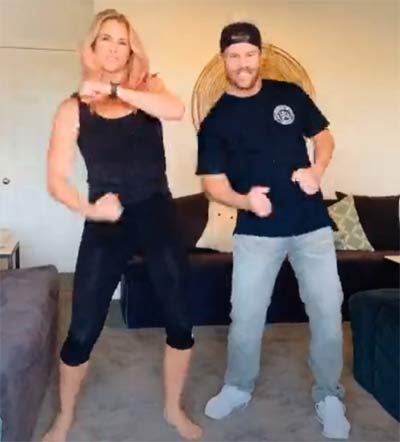 It looks like Australian star batsman David Warner is in love with the South Indian films. After taking the social media by storm with his dance reprisals of some hit Telugu hit songs like Butta Bomma and Ramuloo Ramulaa, Warner is back once again with a special new TikTokvideo.

While David was decent in the video, it is his wife Candy Warner’s effortless dance moves that wowed the fans,