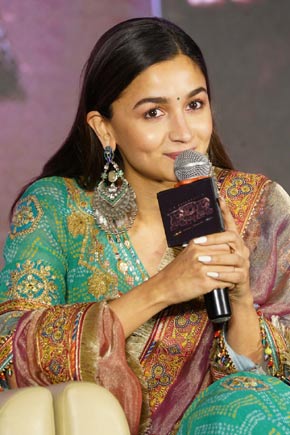 Alia Bhatt plays the main lead in RRR and she was present today in Hyderabad for the Telugu press meet which the heroes also attended.

When asked how was it working with both NTR and Charan, Alia jokingly said that both the heroes ignored her during the shoot as they were too busy talking and joking with each other.

Alia said that she first shot with NTR and then worked with Charan. The star actress said that it was a dream come true to work with big stars and will cherish the memories of shooting with them both for the rest of her life.