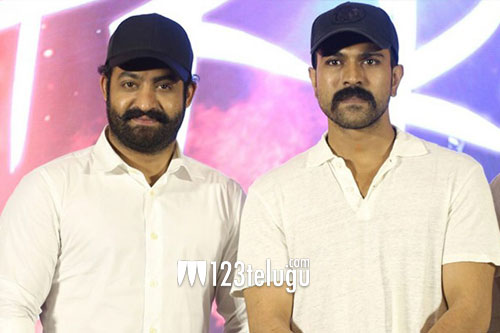 Fans of Tollywood stars NTR and Ram Charan are excitedly waiting to witness them setting the silver screens ablaze with their power-packed screen presence in RRR. The film’s just released making video has taken the expectations to an all time high.

And, adding more excitement, the latest buzz has it that both NTR and Ram Charan will soon surprise their friend by making a joint appearance on TV. Apparently, Ram Charan will be the first celebrity guest on Tarak’s soon-to-commence game show, Evaru Meelo Koteeswarulu. However, an official announcement regarding this crazy buzz is awaited.