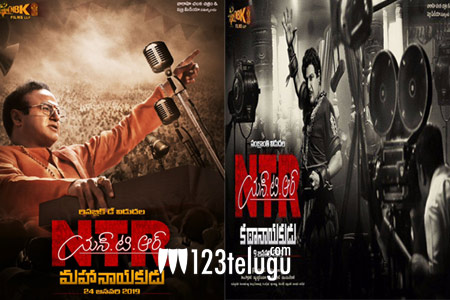 Finally, the makers of NTR biopic have confirmed that the film will indeed release in two parts. There have been several rumors about the film coming out in two parts but nothing was confirmed.

Today, the makers released two different posters of the film and consolidated the reports that the film will indeed release in two parts. The first part is called Kathanayakudu and will release on the 9th of January whereas the second part is scheduled for January 24th release and has been named Mahanayakudu.

Krish directs this magnum opus which has Vidya Balan as the female lead. Keeravani scores the music.