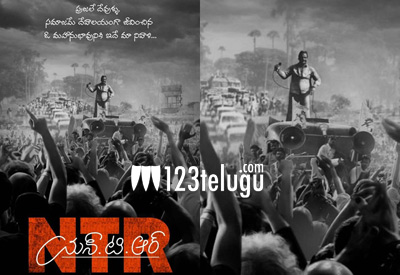 It’s well known that Nandamuri Balakrishna is gearing up for a biopic on his father and legendary actor NT Ramarao. Titled as NTR, currently, the film’s pre-production activities are underway.

Now, the latest update is that the film will have its formal launch on March 29th. As March 29th is Telugu Desam Party’s foundation day, the makers have decided to launch the film on this auspicious date and are planning to release the film during Sankranthi 2019.

NTR is being produced with a whopping 60 crores budget. Balakrishna, Sai Korrapati, and Vishnu Induri are bankrolling this prestigious project and Teja is directing it.