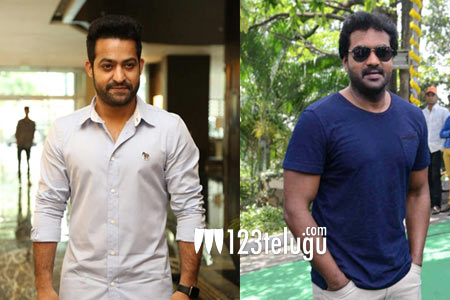 Some time back, we revealed that Sunil is playing a key role in NTR’s Aravinda Sametha. The shooting of the film is on in full swing and the latest we hear is that Sunil’s comedy scenes with NTR will be quite funny.

The news is also that NTR addresses Sunil as ‘Guruvu Garu’ in the film which is being directed by Trivikram. Sunil’s trademark comedy will be seen in Aravinda Sametha which has Pooja Hegde as the female lead and Thaman scores music.

Meanwhile, Sunil is also playing a key role in tomorrow’s release Silly Fellows which has Allari Naresh in a lead role.