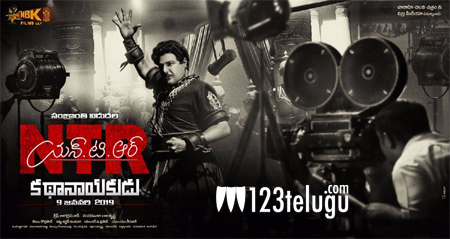 NTR Kathanayakudu, the eagerly awaited biopic on legendary actor and former CM of erstwhile Andhra Pradesh NT Rama Rao, is slated for a worldwide release on January 9. NTR’s son Balakrishna is reprising his father’s role in this prestigious biopic.

Now, if the latest buzz is anything to go by, NTR Kathanayakudu’s trailer may be released on December 16. However, an official announcement is awaited from the film’s makers. Already, the film’s first single, Kathaa Naayaka, was unveiled earlier this month. MM Keeravani is the film’s music composer.

Krish is directing NTR biopics, which will release as NTR Kathanayakudu and NTR Mahanayakudu. The second part will hit theaters in January last week. Sai Korrapati and Vishnu Induri are jointly producing the film in association with Balakrishna.