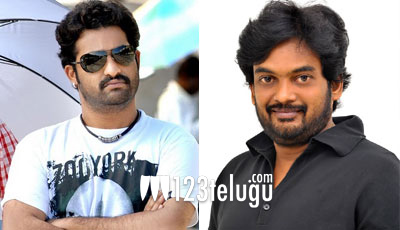 123telugu had recently reported that Young tiger NTR and director Puri Jagan’s film has wrapped its Hyderabad schedule and are leaving to Goa for their next schedule. The latest news is that the shooting which was to begin today has been halted and the entire unit including Puri is returning back to Hyderabad. The reason behind this abrupt halt is the ongoing strike of cine workers union. The cine workers have demanded a whopping 32% hike in their wages and are in talks with the council.

Produced by Bandla Ganesh, this film was slated for a Sankranthi release, but this delay may affect this deadline. Kajal Aggarwal is playing the female lead while Anup Rubens scoring the music.