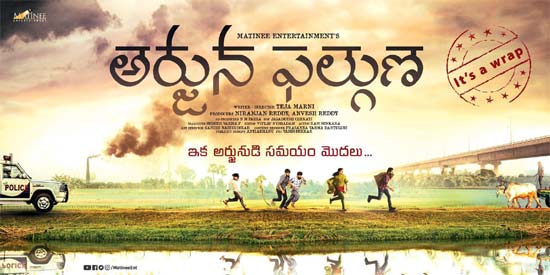 Talented hero, Sree Vishnu is known to do some interesting films in his career. He is now ready with yet another film called Arjuna Phalguna.

Sree Vishnu will be showcased as an ardent NTR fan in the film and scenes related to the star hero will be elevated superbly and will be a treat for fans as per the news.

A poster was also released recently which showcases Sree Vishnu as an ardent fan of NTR. The project is being produced by Niranjan Reddy and Anvesh Reddy.