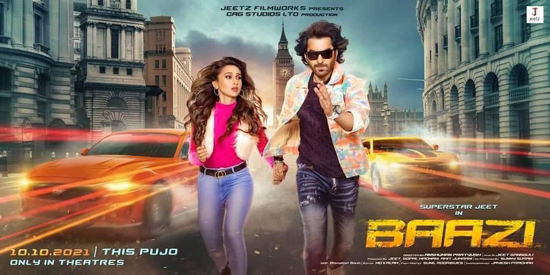 Nannaku Prematho has been remade in Bengali, with noted Bengali hero Jeet and popular actress Mimi Chakraborty playing the lead roles. Titled Baazi, the film is directed by Anshuman Pratyush and it is scheduled for release on October 10, as a Durga Puja special.