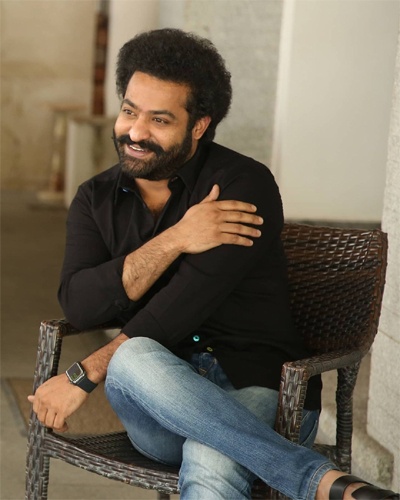 After a long time, star hero NTR came out of his hibernation to launch the theatrical trailer for the soon-to-release romantic drama, Uppena. A few photographs of the Young Tiger have been going viral on social media since this evening.

In the photos, NTR looked radiant and fans are mesmerized by his pleasant smile. Dressed in a black formal shirt and blue jeans and his trademark curly hair, Tarak’s dapper looks became a bit with his fans.

For the last few months, NTR has been busy shooting for his highly-anticipated period action drama, RRR. He went on a family holiday in Dubai more than a month ago.