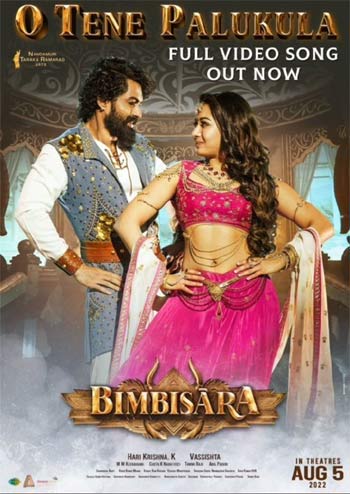 Bimbisara is a film that has caught the imagination of many ever since the trailer came out. Kalyan Ram has pinned his hopes on this film which is a fantasy drama.

The second lyrical song from the movie O Tene Palukula was released a couple of days back. Now the video song of the same has been released which looks visually captivating. Kalyan Ram’s dance moves and Catherine Tresa’s glamour made the song more enchanting.

Kalyan Ram who is also the producer of the film is planning for aggressive promotions for this film in the days to come, Vashist has directed Bimbisara which will be out on the 5th of August.

Samyuktha Menon, Warina Hussain, Vennela Kishore, Srinivasa Reddy, and Brahmaji are also a part of this movie. MM Keeravaani is the music composer of this flick.