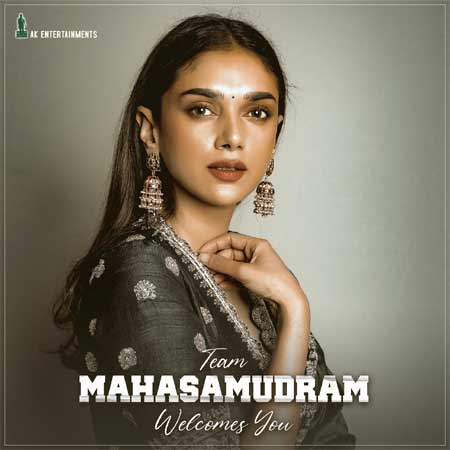 For the last few months, there have been speculations that talented Bollywood actress Aditi Rao Hydari will be playing the female lead in Sharwanand and Siddharth’s intense action drama, Maha Samudram. Confirming the ongoing buzz, the makers today made an official announcement regarding Aditi’s inclusion in the movie.

Aditi will be seen in the role of a middle-class girl in Maha Samudram. It’s the first time that Aditi will be portraying such a character and she is quite excited about the project. Her character will add depth to the intense romance drama in the movie.