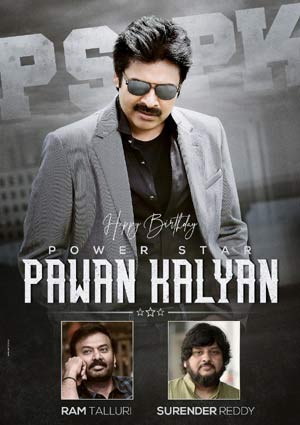 Here comes the official update on one of the most exciting projects. The much-talked-about film in the combination of Pawan Kalyan and director Surender Reddy has been made official with a special poster this morning on the occasion of Pawan’s birthday.

The Pawan-Surender Reddy film will be bankrolled by Pawan’s good friend and producer Ram Talluri under SRT Entertainments banner. The film will have its formal launch on the auspicious Dasara festive day in October last week. Writer-director Vakkantham Vamsi is penning the script for this movie. Stay tuned for further details.