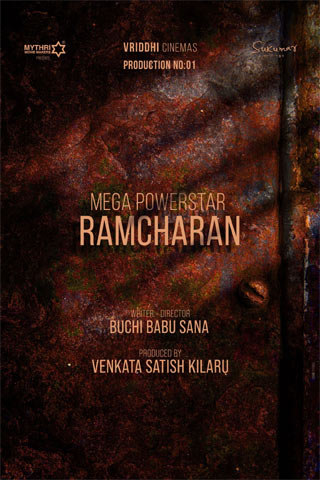 Social media is abuzz with the announcement of Mega Powerstar Ram Charan’s next with director Buchi Babu Sana. Today, the makers have officially announced the new film.

The makers have released an announcement poster. The new movie will be produced by the debutant producer Venkata Satish Kilaru under Vriddhi Cinemas. Sukumar Writings is also co-producing this flick. Mythri Movie Makers is presenting the film. This is a pan-Indian movie and the makers are spending a bomb on this project. More details will be out soon.

In the meantime, Ram Charan is currently working on RC 15. A lavish song is being canned in New Zealand on the leads. The Shankar Shanmugam directorial will release in 2023.