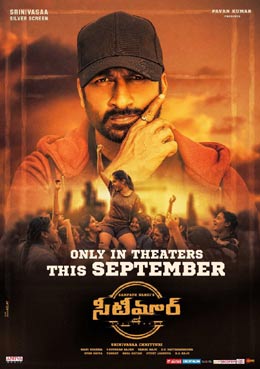 Gopichand and Tamannaah will be seen as the coaches of Andhra Pradesh and Telangana women’s Kabaddi teams respectively in the upcoming sports drama, Seetimaarr. The film is directed by Sampath Nandi and it has been waiting for the right time to hit screens.

This morning, Seetimaarr’s makers announced that the film will be having a theatrical release in September and that the exact date of release will be announced very soon. Meanwhile, the latest buzz is that Seetimaarr will open in cinemas on September 3rd.

Srinivasa Chitturi is bankrolling this high budget entertainer under Srinivasa Silver Screen banner. Young beauty Digangana Suryavanshi will be seen in a key role in the movie. Manisharma is the music composer.