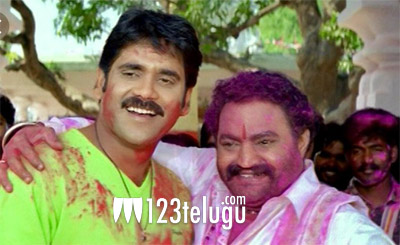 Apart from the Nandamuri family members and fans, several celebrities from the film and political worlds are mourning the tragic passing away of Nandamuri Harikrishna. Hero Nagarjuna is one among them as he has lost his good friend forever on his birthday.

Nagarjuna and Harikrishna played brothers in the 1999 film, Seetharama Raju. Both the scions of the illustrious Akkineni and Nandamuri families have been good friends since then.

Expressing painful grief, Nag took to Twitter and revealed Harikrishna’s last words. Nag wrote that Harikrishna told him a few weeks ago that it’s been so many days since he saw him and expressed his wish to meet him soon. “And now he is gone.all I feel is a void,I will miss you Anna,” tweeted Nagarjuna.