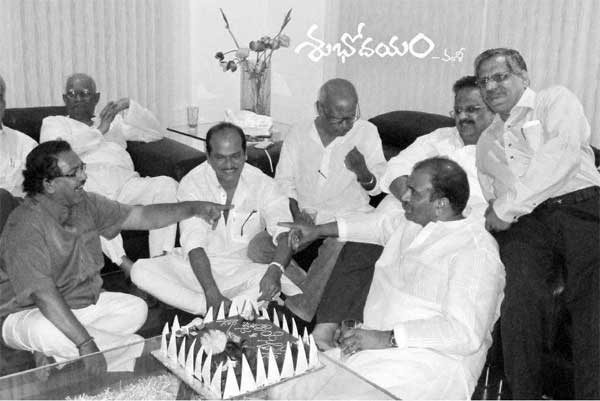 The Telugu film industry has seen some of the biggest legends over the years and director Bapu will surely be one top of the list for sure. The younger generation might not be aware of him but Bapu, as he is fondly called is a multi-faceted personality who did multiple things in the best way possible.

A cartoonist, his works used to be called Bapu Bomma. The legendary personality has directed close to 50 films out of which many have been award-winning dramas.

Starting with Sakhi in 1967 to Sri Rama Rajyam in 2011, Bapu garu has done it all and collaborated with writer Mullapudi Venkata Rama in many projects.

Today, it is his death anniversary and one snap of him has gone viral. Seen here in the picture above is Bapu Garu along with the likes of Rajendra Prasad, director Vamsi, SP Balasubramanyam, and many more celebs from the industry.