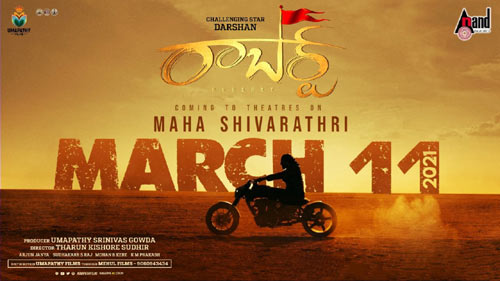 As four films are going to compete at the box office, the moviegoers are eagerly waiting for the films. Meanwhile, the latest news is that Kannada hero Darshan’s new film, Roberrt’s Telugu dubbing version is also releasing on March 11, 2021.

Directed by Tharun Sudhir, Roberrt has Jagapathi Babu in a key role.