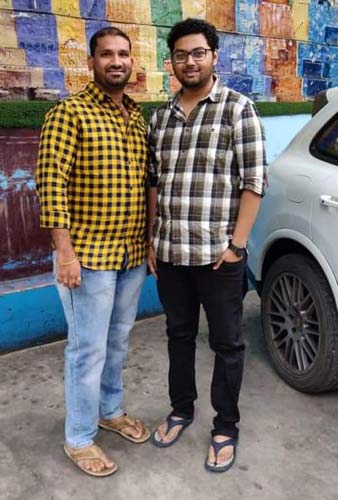 Recently, Nandamuri Balakrishna’s son’s picture went viral all over and so much was talked about. Now, since morning one more picture is making the rounds and Mokshagyna is seen in a clearer manner here, unlike his other pictures.

Seen here is the star son with one of his friends. So much is being said about his debut but nothing has been confirmed as of yet. Balakrishna is also mum about his entry as there is no clarity when he will take the plunge.

As of now, all his pics have gone viral and become a topic of discussion.