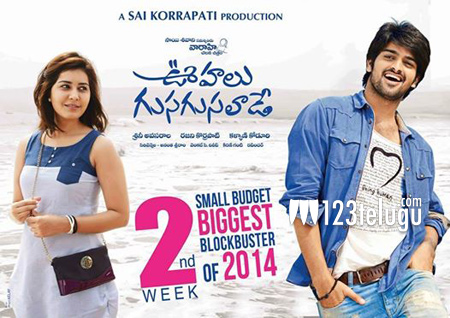 The film Oohalu Gusa Gusa Laade has received a very good response at the Box Office. A center crowds and multiplex viewers have given their approval for the film.

The movie has been produced by Vaarahi Chalana Chitram and the banner is expected to make handsome profits from the film. With decent theatrical revenue and a good satellite price, Sai Korrapati is a happy man.

The movie has been directed by Srinivas Avasarala and Kalyani Koduri composed the music. Naga Shourya and Raasi Khanna played the lead roles.