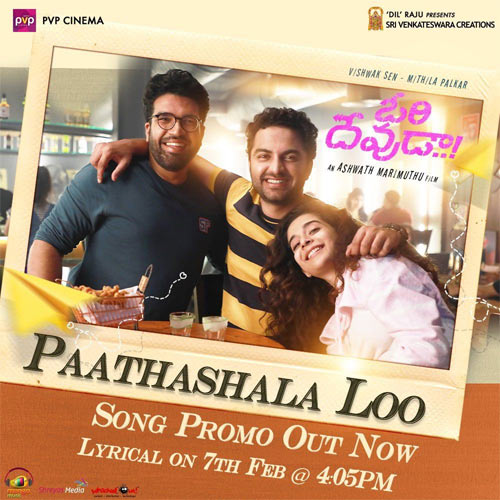 Today, the makers of the movie have released a glimpse of the first song, Paathashala Loo, which is about friendship. Featuring the lead pair and Venkatesh Kakumanu, the promo looks promising. The full song, composed by Leon James will be released tomorrow at 04:05 PM

Director Ashwath Marimuthu, who helmed the original film, also helmed this crazy movie. Produced by PVP Cinema and Sri Venkateswara Creations, the movie will be released soon in theaters.