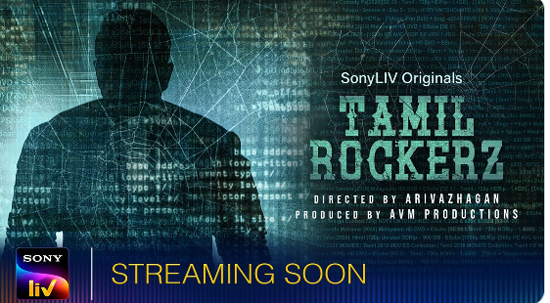 The streaming platform Sony LIV has dropped the teaser of the show which is very much intriguing and interesting. Going by the teaser, it showcases the struggle the Tamil cinema faced due to the piracy website “Tamil Rockers” which affected the livelihood of many producers and distributors. Arun Vijay is seen investigating the suspects who are behind this piracy.

Vani Bhojan and Iswarya Menon are playing crucial roles in this Arivazhagan directorial. It is produced by iconic AVM productions. The streaming date of Tamil Rockerz will be announced soon.

The most awaited teaser of #Tamilrockerz, a #SonyLIV Tamil Original, is now yours to watch and enjoy.
The first-ever webseries from @avmproductions , Directed by @dirarivazhagan , starring @arunvijayno1 and others, streaming soon on SonyLIV.@vanibhojanoffl @ishmenon pic.twitter.com/PzMf7F6IJm